LDD Moths, Lymantria dispar dispar, have a new common name of Spongy Moths (previously known as European Gypsy moths). These pests threaten our trees and forests in south-western Ontario. We homeowners and gardeners need to know how to recognize and deal with this nasty pest that can completely defoliate and kill our trees!

NOTE – The name of this moth has recently changed to Spongy moth or LDD Moth to avoid disrespect.  We have temporarily left the reference to the old name in this content so readers could search and find the appropriate information for this threat.

1- Remove and destroy egg masses in winter to reduce the number of hatched caterpillars in spring. 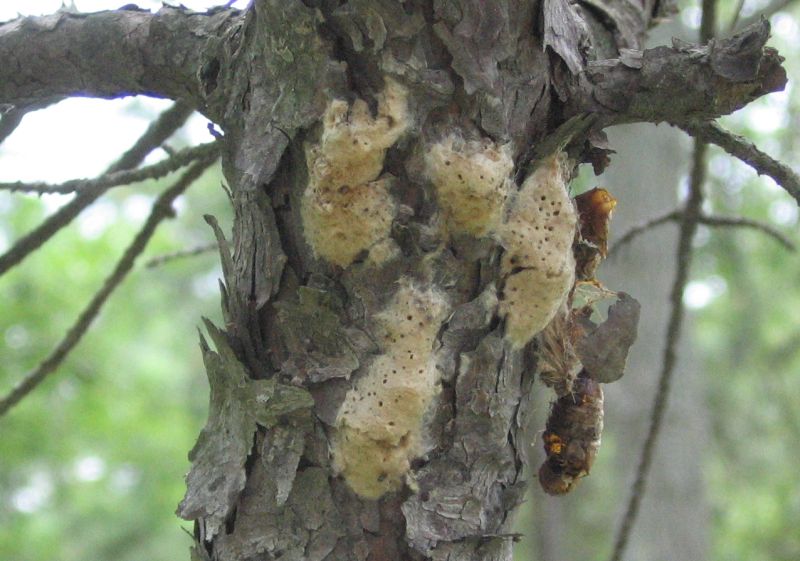 2 – Trap and destroy moths in summer to reduce the number who can breed and start the egg-laying cycle again. Methods include Burlap Banding, Hand-picking, Pesticide use, and Trapping. Read More about each method  – City Of London LDD Moth advisory.